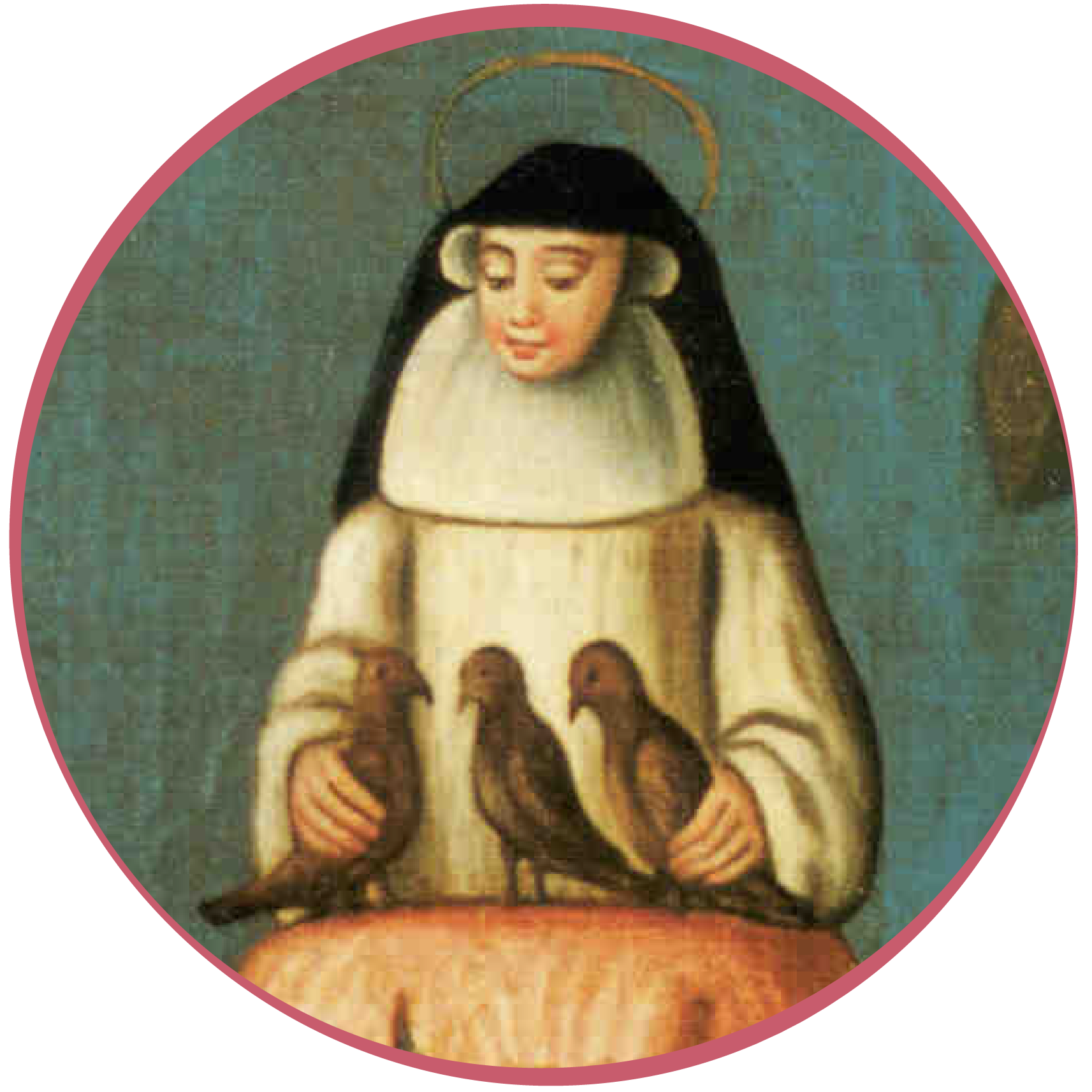 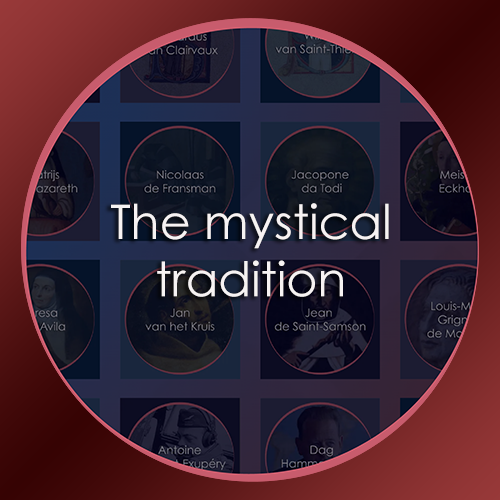 Beatrice of Nazareth (1200-1268), as a spiritual directress, wrote a beautiful text about her path with Minne (divine Love). This short work, based immediately on her own experience, has lost none of its topicality and is a guide on the path of Minne up to the present day. Beatrice was born in Tienen, Flanders, in a wealthy and very religious family. After the death of her mother Geertrui in 1207, she is entrusted to a group of ‘pious women’ in Zoutleeuw for her intellectual upbringing. Quite early on, she lets her father know that she desires to lead a religious life. In 1210 – Beatrice is then ten years old – her father grants her wish and sends her to the monastery school of the Benedictine nuns of Bloemendaal, a monastery near Eerkel. She becomes an oblate. On Maundy Thursday 1215, she receives the white habit of Cîteaux as a novice. She does this together with her two elder sisters Christina and Sibilla. Her father and his son Wicbertus also join this monastery as converses. In 1216, Beatrice takes her vows together with her sisters. In 1221, she leaves for the newly founded monastery of Maagdendaal, near Tienen. In 1225, she receives the Consecration of a Virgin, after which she may call herself bride of Christ. In 1236, she and her family depart for the monastery of Nazareth in Lier. This monastery, too, was founded by her father. In 1237, she is elected prioress of this monastery. Due to the poor soil on which this monastery is built, it is relocated to richer ground near Brecht in 1245. This is where Beatrice dies on August 29, 1268. 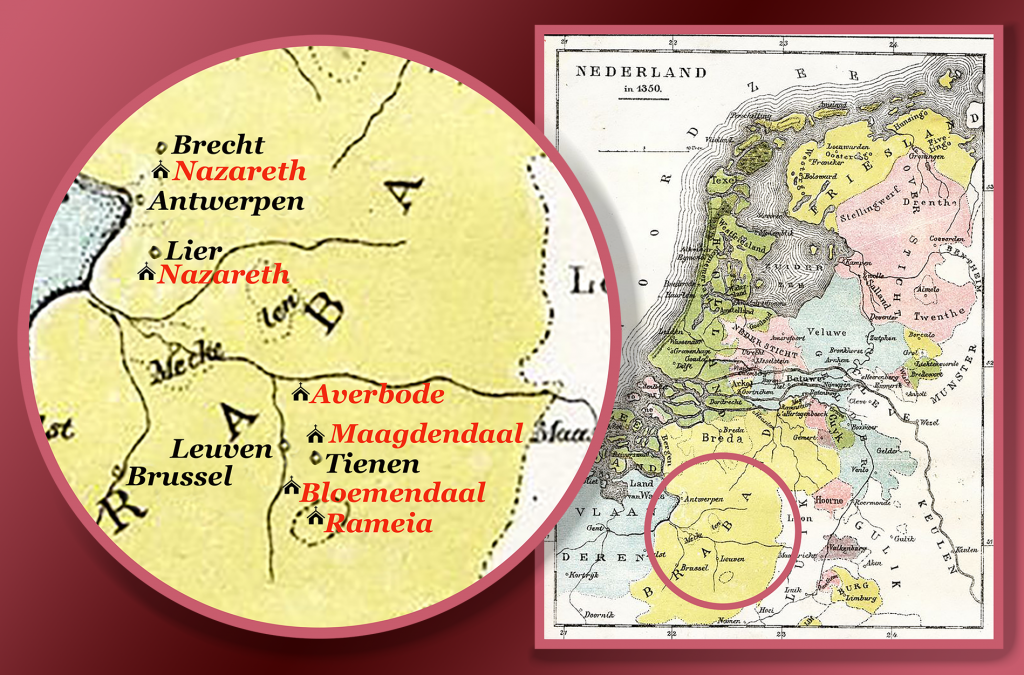 In a beautiful, experiential language, Beatrice sketches the consequences in the human being of God’s overwhelming Minne. Lifted beyond oneself and one’s own, human logic, the human being discovers the true face of reality. Minne is awakened in us, without any involvement of human works. Not the human being, but Minne is the active one on the path of Minne. Minne touches, draws, seizes, controls, and embraces our heart in such a way that we are entirely conquered by Minne. And yet, it is not a violent overpowering but a loving touch that, precisely by its sweetness, puts us under the spell of Minne.

The workings of Minne are experienced as an undeserved gift. They are not the extension of our own actions. We can’t even yearn for this, because of our own accord we don’t know what we ought to long for. The sweetness of Minne comes over us as a power that fills us from within. The flow of Minne breaks open all our own frameworks and is experienced as the touch of God Himself. God is felt in the love that masters us and makes us see ourselves and others with different eyes.

The embrace of Minne causes us to be adorned with her purity. Our love is pure when it is no longer mixed with ourselves. The ecstasy of Minne so alienates us from ourselves, that all mixing is given up. Minne regains her original freedom and purity, because we are no longer our own opponent. Annihilation is thus the crowning of Minne. In Minne, we are drawn to transcend ourselves. She takes us up into her own, unimaginable perspective. There, we see everything in the light of the invisible, divine origin. There, we see that nothing is created without the involvement of Minne. We live in Minne and Minne lives in us.

However intimately this life of love is connected with us, we nevertheless don’t experience it as a live that proceeds from ourselves. We rather feel that within ourselves, a love is born that is greater than we are and that we can in no way understand on the basis of our own being. Liberated of attachment to our ‘I’, Minne opens the space where we can be born. Divine love opens our eyes for ‘what is’. The ecstasy brings us closer to reality, because there are no longer any interests obscuring our vision. The walls of the fear that has us in its grip from the moment we are born in the flesh, are broken down in a liberating ‘annihilation’. Nothing is the same anymore, because God’s Countenance now lights up everywhere in reality.

The Seven Manners of Minne 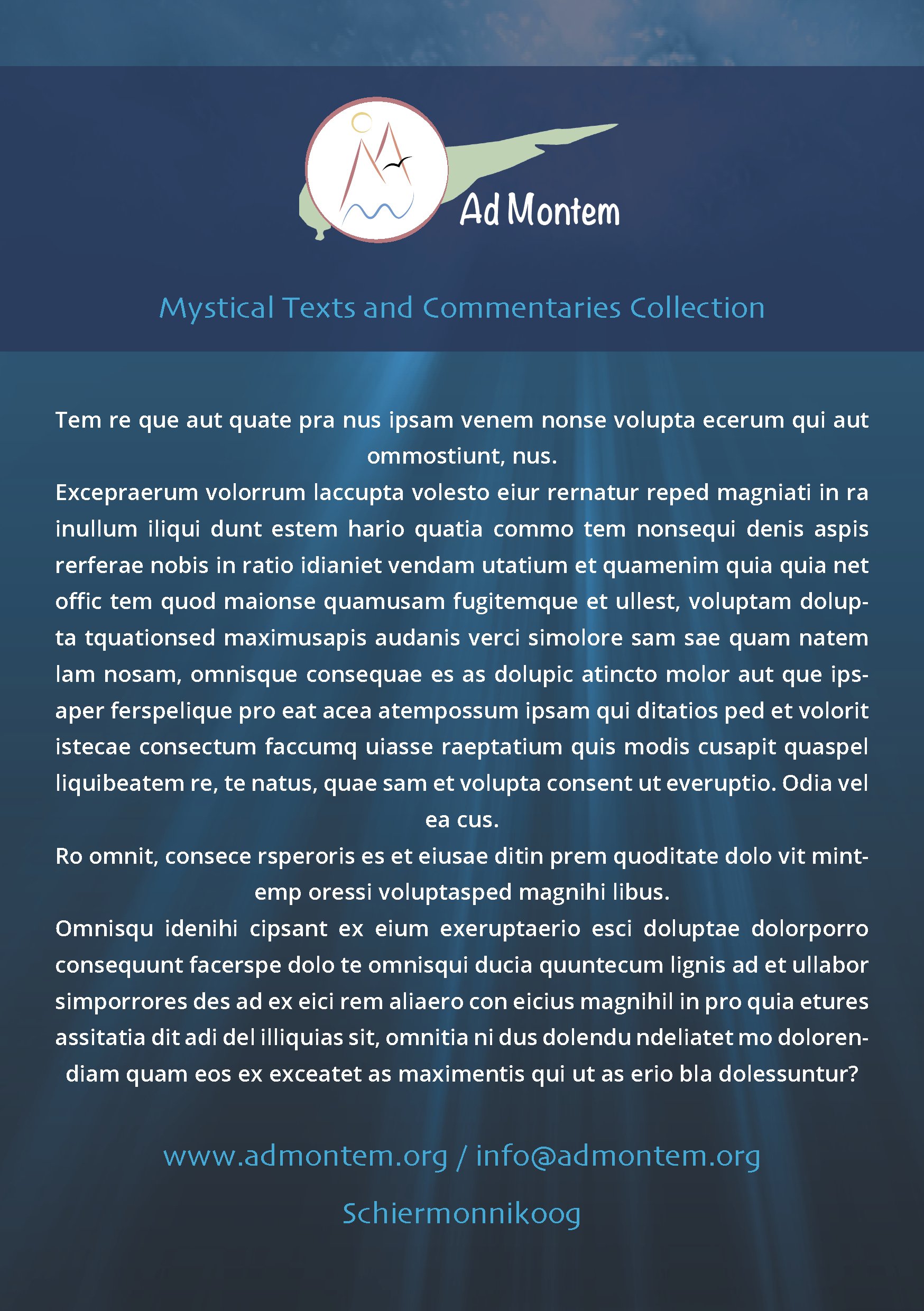